Challenge Ended: May 11, 2014
From May 7th through the 11th, 96 of the world’s fastest female cyclists will race up, down and around Britain during the inaugural Women’s Tour; a five day, 493.6 kilometer stage race.

As part of the race, the strongest climbers will be fighting for the title of Strava Queen of the Mountains (QOM) and the coveted QOM leader’s jersey that accompanies.

To celebrate this major event and the quest for QOM bragging rights among The Women’s Tour peloton, Strava is challenging you to climb half of the total elevation covered during the race’s five stages.

Do you have what it takes to climb 2,310 meters (7,578ft) between May 7th and May 11th? Prove your love of climbing by summiting as many mountains and doing as many hill repeats as necessary to earn the Challenge finishers badge. 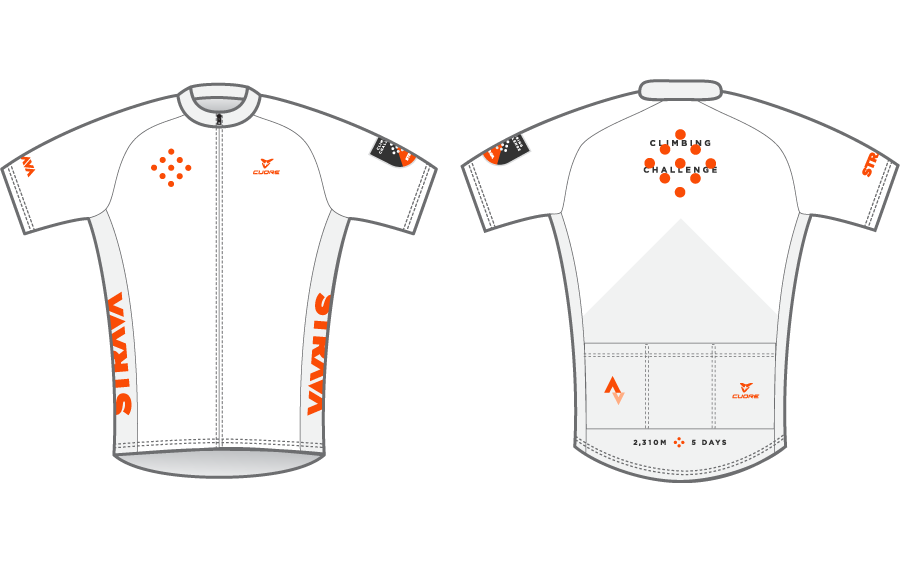 Complete the Challenge and you will unlock the ability to purchase a limited edition jersey for $109. There is both a Men's and Women's version available.

This jersey is manufactured by Cuore, a company loved amongst athletes, which produces kits for many of the Pro Tour teams. It features a sweatproof zippered pocket for your mobile device, and a textured stretch fabric on the sleeves and side panels for improved aerodynamics.

After completing the Challenge, an email will be sent which which will include a link to purchase the jersey. A button will also appear below the jersey on this Challenge page which will take you to the product page in the Shop.

The purchasing window will close 3 days after the Challenge ends. The expected delivery time is 5-7 weeks for domestic orders and 6-8 weeks for international.

Athletes who complete this Challenge will receive a Strava Climbing Challenge digital finishers badge in their Trophy Case.

The Challenge starts and ends based on each athletes local time zone.

Manual entries, trainer rides, or rides marked private will not count towards your Challenge effort.

To learn how elevation gain is calculated for your activity, visit this Knowledge Base article.

Official Rules
Ride hard and be safe. Use common sense when it comes to traffic, weather, or other conditions while taking part in this Challenge. Remember to take care of your hydration and nutrition needs when you’re out on the road.